The Art of Giving: Tax Savings on Charitable Contributions 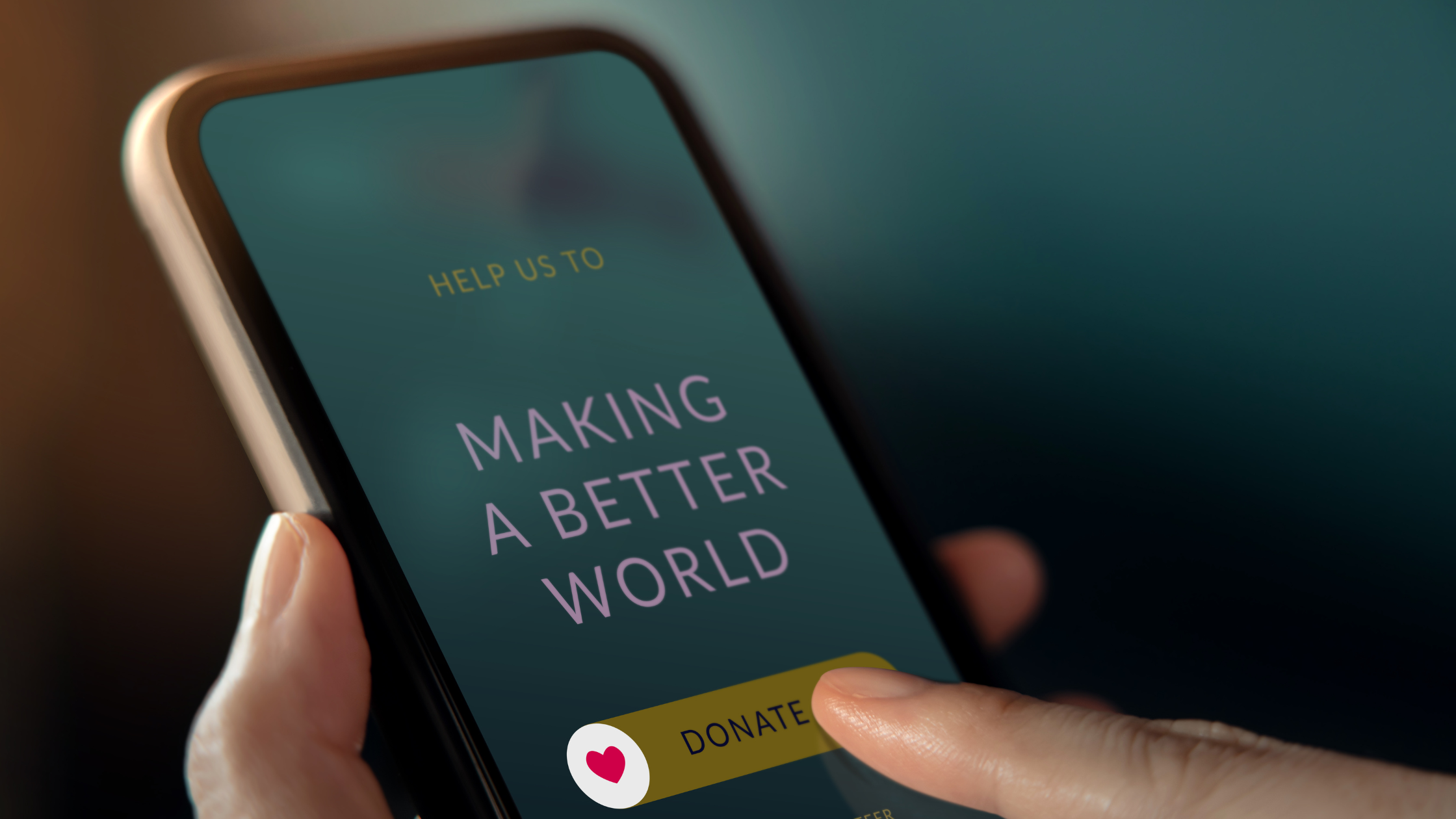 Ever heard of the saying, “it’s better to give than to receive?” It turns out there’s science behind it!

Data shows that the happiness a giver feels outlasts that of a receiver. Psychology researchers from the University of Chicago Booth School of Business and Northwestern University Kellogg School of Management conducted studies that revealed that the self-reported happiness of participants who regularly gave gifts to someone else did not fade, or had a slower decline than that of people on the receiving end.

And even without science to back it up, we see it in our daily lives. There’s your neighbor who seems to be always at peace while regularly helping in the community or your generous co-worker who has a successful career.

There’s an abundance of quotes reminding us of the importance of giving; how those who do so without expecting anything will eventually be rewarded. We don’t want to put a price tag on generosity, but the universe (even the government) does favor the heart that gives. This is perhaps why tax savings are generally available to those who make charitable contributions.

Here’s how it works. 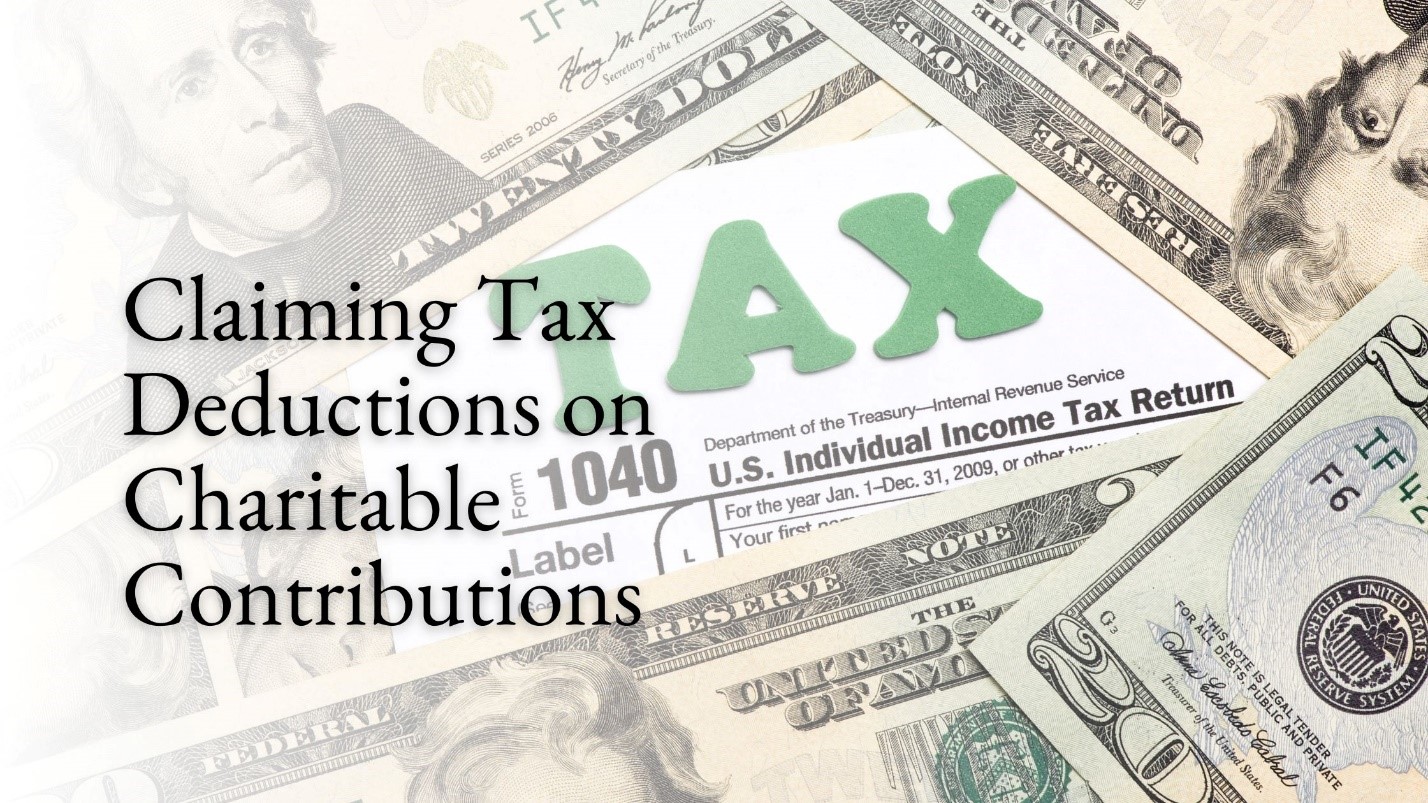 One of the ways to reduce your taxable income, and in turn, your tax liability, is to claim a deduction on your donations to qualified organizations. This is possible if you itemize your deductions on Schedule A (Form 1040), which you can opt for if your itemized deductions are greater than the standard deduction applicable to you:

So, it’s best to check first if it’s worth the effort to itemize your deductions rather than claiming a standard deduction as you’ll need to forego the latter to benefit from the former. 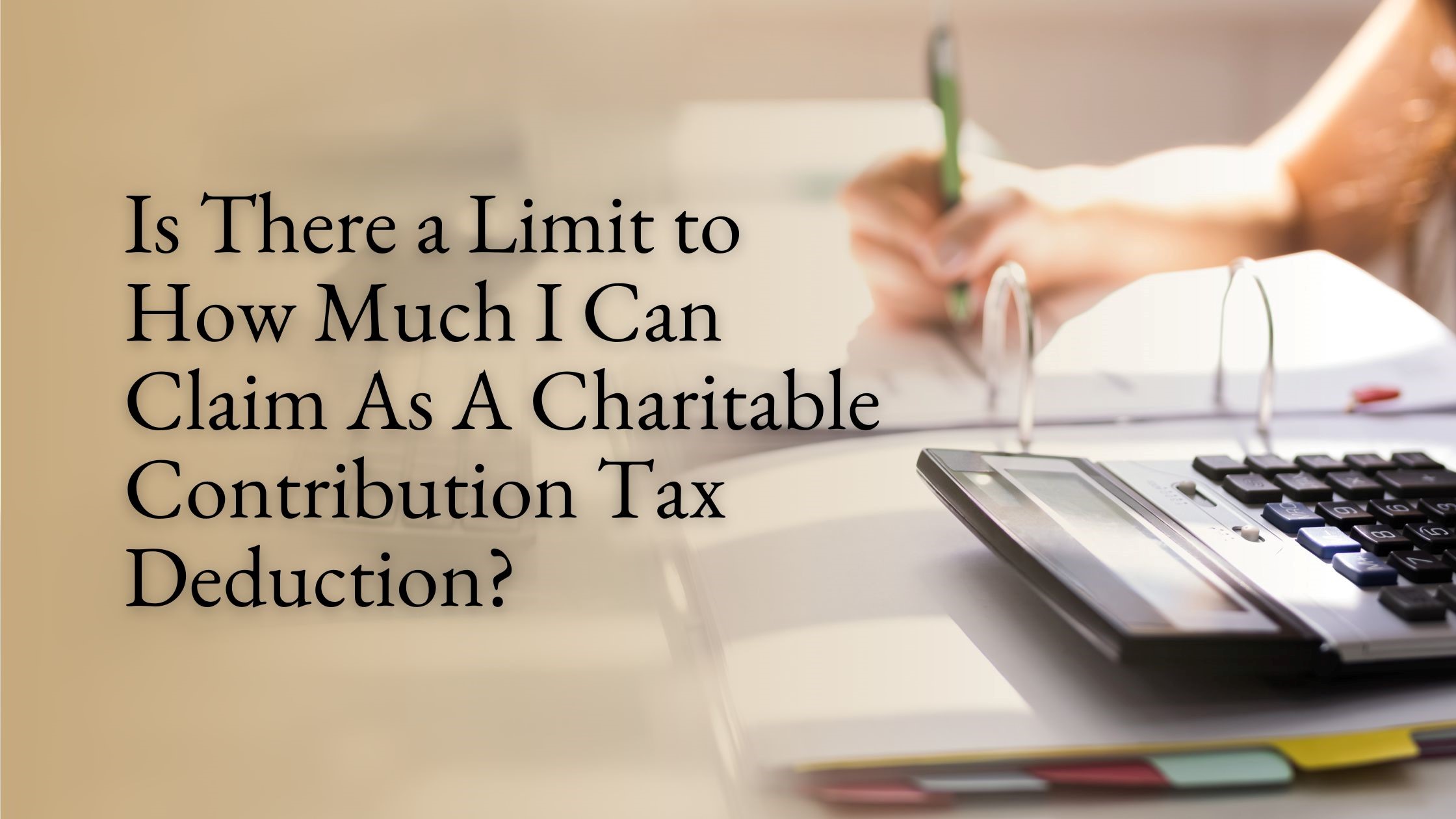 Yes, there is a limit and the amount depends on the type of donation given. Deduction on non-cash asset gifts is capped at 30% of your adjusted gross income (AGI), and 50% to 60% for cash gifts.

You may be thinking: Isn’t it better to just donate cash then, since the deduction for it has a higher ceiling? You’re right but contributing non-cash assets can increase your tax savings (more about that in a bit). Plus, the carryover rule allows contributions that exceed the limit for the year to be carried over and deducted in the next five years (or 15 years for qualified conservation contributions) until they are used up. 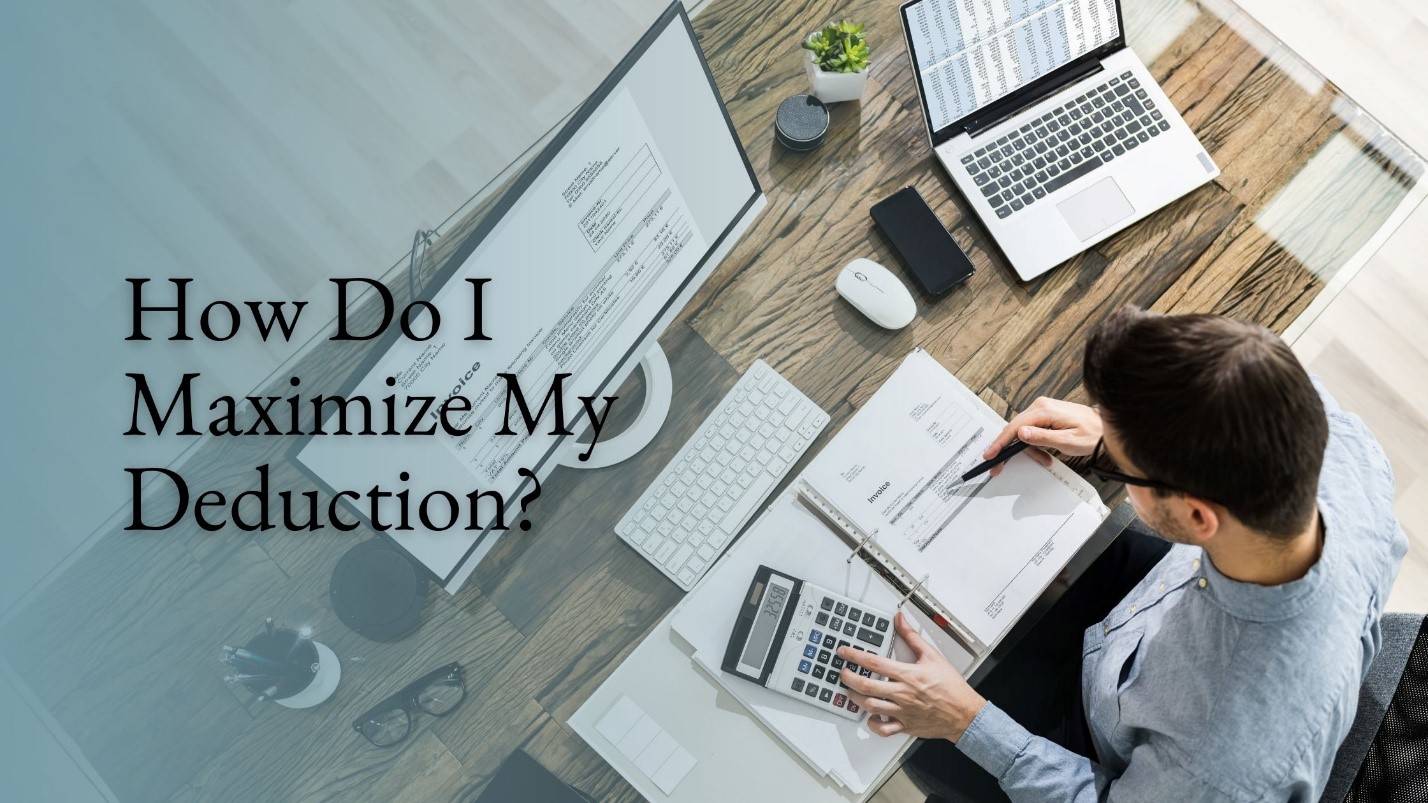 To make any of the following strategies work, the first thing you must remember is to properly document your charitable contributions for your reference during tax planning, and compliance with IRS requirements. 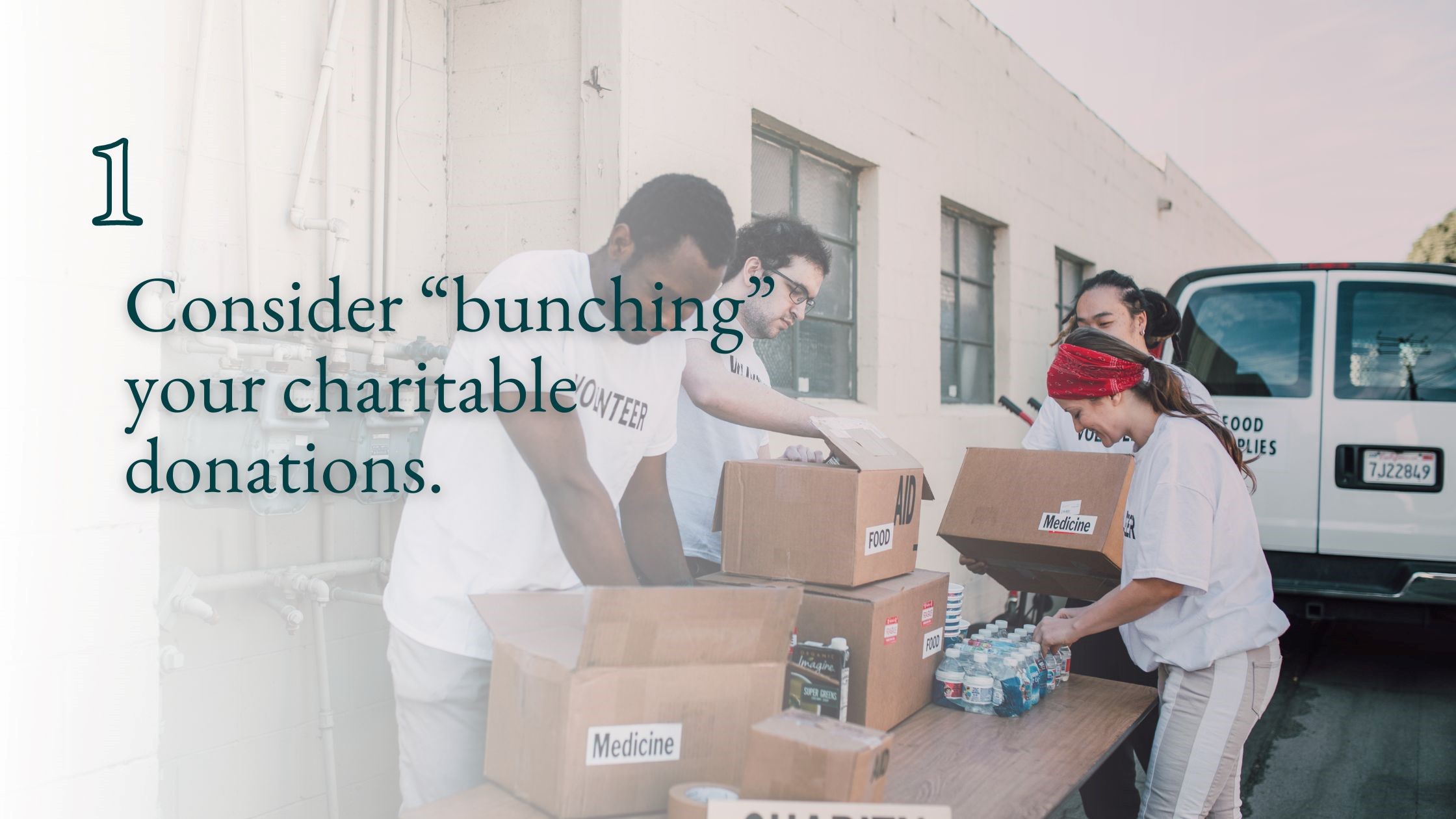 Under the Tax Cuts and Jobs Act (TCJA), the amount of standard deduction nearly doubled which made it difficult for philanthropists and the charitably inclined to take advantage of their contributions for their tax strategy.

As previously mentioned, you can only either claim the standard deduction or the itemized deductions. With this, you may have the notion that there is no way to benefit from both, but there is.

Bunch two years’ worth of contributions in one year and claim the standard deduction the following year. If done right, this can bring a larger two-year tax deduction. 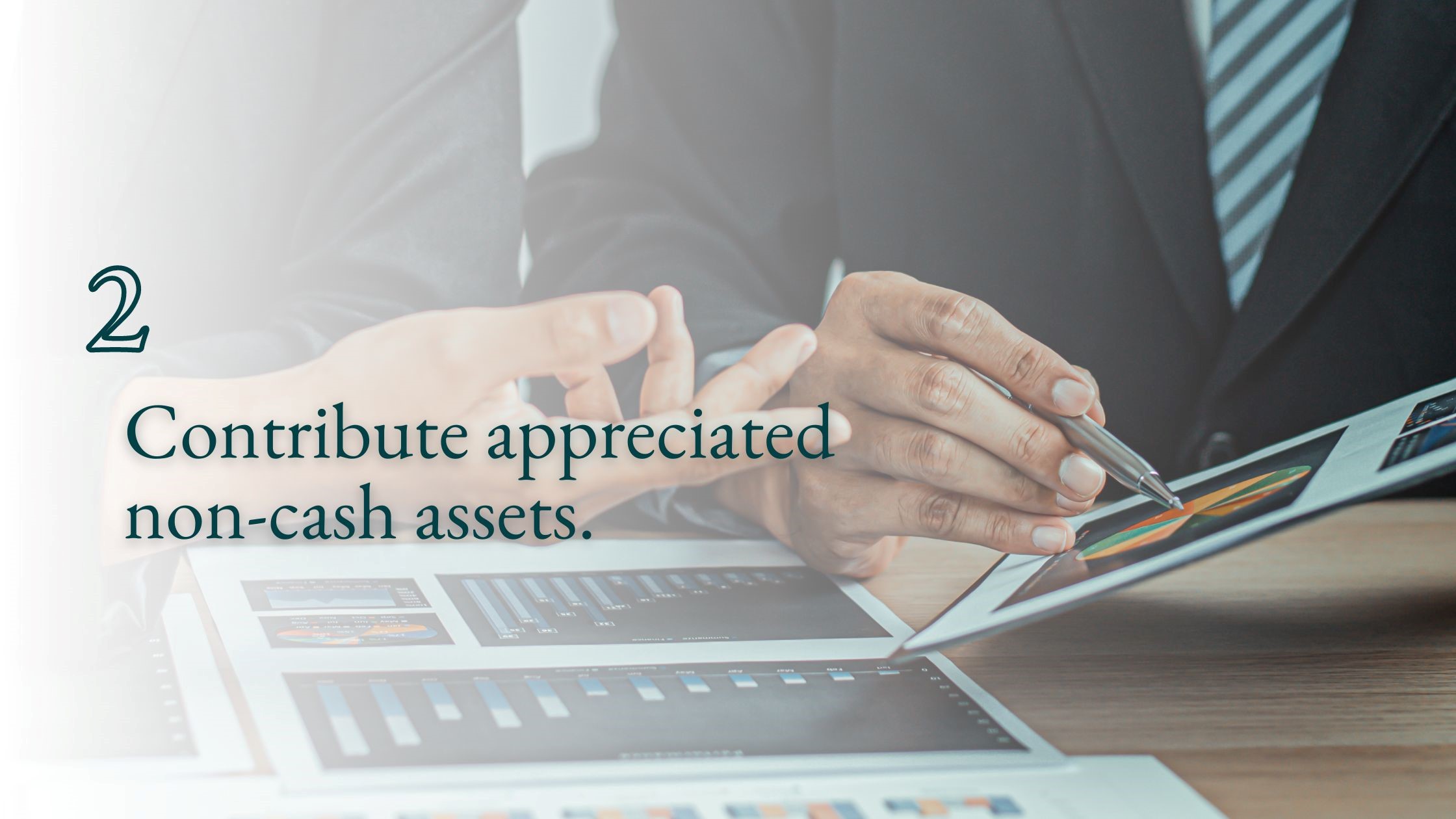 If you’re about to sell non-cash assets and donate the after-tax proceeds to charity, then hold that thought. While deductions on cash donations have a higher limit (50% to 60% of your AGI), selling non-cash assets like stocks will leave you liable for capital gains tax (CGT). So instead, donate these assets directly to eliminate the 15% or 20% CGT.

Moreover, publicly traded stocks, bonds, or mutual funds held for more than one year are deductible at fair market value which may be higher than what would have been the stocks’ or mutual funds’ actual selling price. 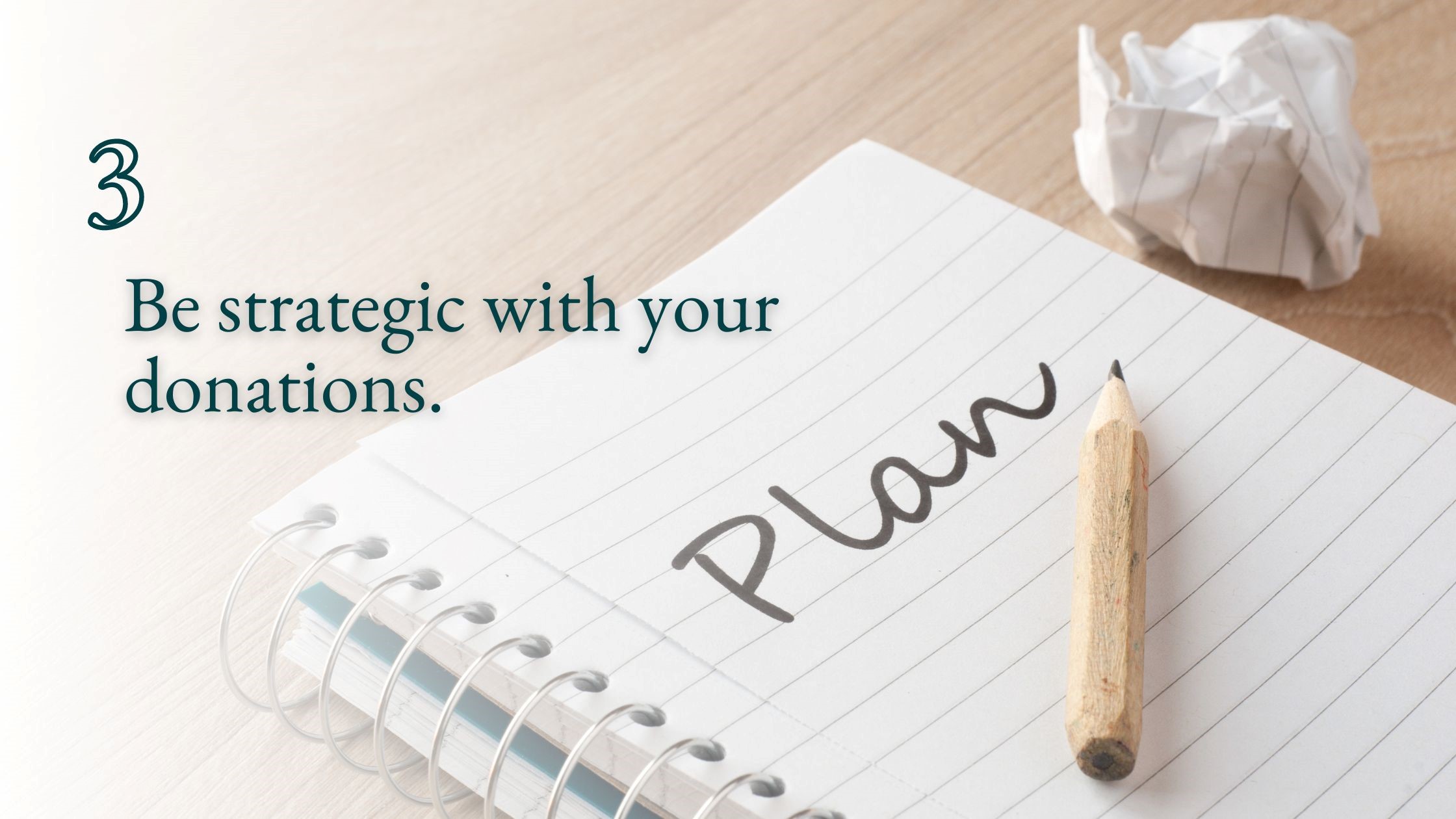 Since charitable giving is based on one’s liberality and generosity, it’s entirely up to you when to make donations. With that, you’re in a position where you can be strategic about it and plan your giving.

Are you expecting a promotion that will put you in a higher tax bracket next year? Perhaps you can hold off on donating this year and contribute next year so you can maximize the deduction.

You can also set a cap on the amount or value of your charitable contributions for every year so you don’t exceed the limit set by the IRS.

Nothing can possibly match the sense of fulfillment that philanthropy can bring. No matter the cause, you’re already part of changing the world, one step (and tax deduction) at a time.

At MBE CPAs, we make it our mission to fuel the spirit of giving and encourage charity by helping you maximize the tax incentives available to you.