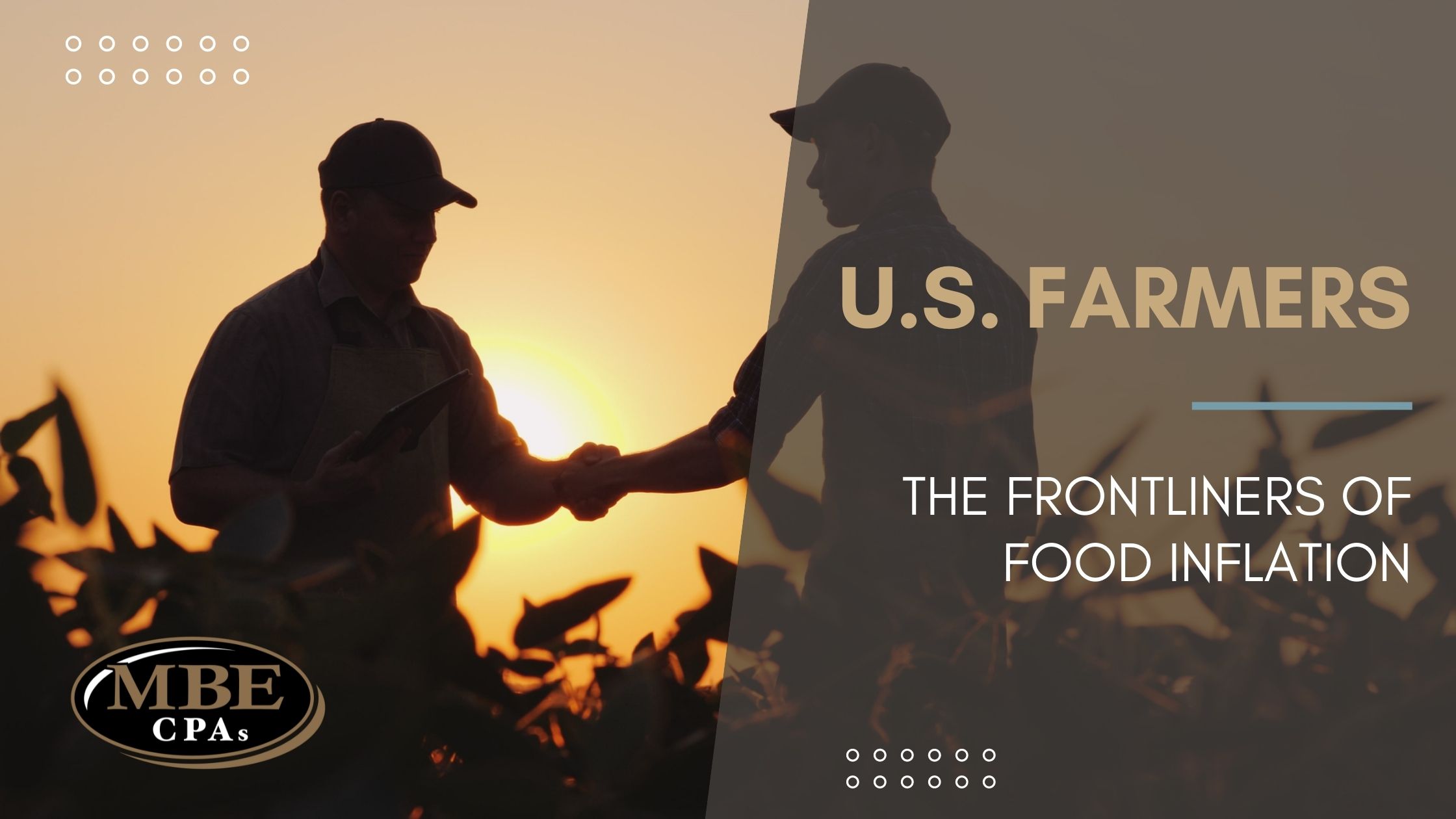 This proverb resounds amid the current economic crisis, as people struggle with the rising interest rates and prices of food, goods, and services due to inflation. What’s more, the ones directly bearing the brunt are the moms and pops of the U.S. economy – farmers.

In fact, according to the American Farm Bureau Federation, one farm feeds 166 people annually. With 2 million farms in the country, around 332 million people are feeding off these moms and pops’ labor.

Currently, the overall contribution of agriculture, food and related industries to the economy is at $1.055 trillion (gross domestic product) which amounts to 5% of the country’s GDP. Furthermore, farming has accounted for about 2.6 million jobs created in 2020.

As farmers fight off the drought and rising costs of fertilizers, eyes are on them as consumers and businesses expect them to put food on the table and produce raw materials for various industries.

On one hand, they are themselves consumers making ends meet, and on the other, they are trying to compensate for the global supply chain crisis as restaurants and other businesses turn to local farmers for production materials and ingredients.

This dilemma reveals two sides of the coin:

Is Inflation A Good Thing or Bad Thing for Farmers?

A conventional view in economics suggests that an unexpected surge in inflation, while impacting fixed income earners negatively, is a good thing for farmers whose income is variable.

This theory is rooted on the idea that during inflation, while the prices of commodities increase, people’s wages remain fixed, thereby widening the income-expense gap. Thus, farms, as the source of most production materials, are said to earn more as they pull the lever on consumers’ purchasing power.

However, what interpreters of this view fail to realize is that income flexibility is not the only factor affecting its application. To truly gauge inflation’s impact on farmers, their classifications must be taken into consideration: peasant proprietors and landless agricultural workers.

Of course, peasant proprietors have it better since they own and cultivate their own farm, especially because inflation boosts the value of farm lands and other assets, while landless agricultural workers are slumped further by rents.

98% of farms are family-operated. More often than not, while these farms are considered flexible income earners, they are also part of the middle-class income group which, together with the poor, suffers because of inflation.

With this income, farmers have it bad amidst the rising costs of seeds, fertilizers, herbicide, and pesticide. Moreover, they are faced with expensive operating and farmland loans as interest rates continue to increase.

Consequently, without sufficient cash-on-hand, farmers will have a hard time keeping up with the demand, unless they mark up the prices of their crops and other agricultural products. Thus, the current “support local” movement came at the wrong time.

Farmers are not only on the front lines, but at a crossroads where they can either succumb to food inflation or be the drivers to a better economic health. As such, they need to thrive and be given the support they need to augment agricultural supply.

If you are, or someone you know is, a farmer, here are some of the tips that our advisors put together for you:

Look for ways to reduce costs by finding and utilizing alternatives to fertilizers, herbicides, and pesticides. Instead of using synthetic fertilizers, you can check on the benefits of natural fertilizers like bone meal (ground animal bones), fish emulsions, composted manure, and many more.

Take advantage of your farmland’s increased value by selling an uncultivated part of your land. You can consider cutting on an area used for storage, and while you’re at it, look for unutilized farm equipment and machinery which you can sell along with the land.

You can also put a part of it up for lease for additional income.

Secure your loans’ interest rates before they soar even higher. Talk to your lender and check if you can refinance to a fixed interest-rate loan.

Look for resources that can keep you abreast of industry updates. This may include news about government aids, tax credits and deductions applicable to you.

Ultimately, banding together is the new survival strategy that we can lean on in the midst of economic instability. Let’s create an unbreakable chain of support for everyone during this uncertain time. Talk to us today!